This is our team, a lot of hard-working people reaching new heights in clinical research. 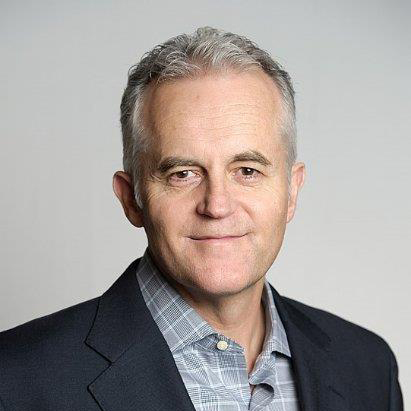 Tom has a diverse background with 33 years of progressive responsibility in pharmaceutical R&D and healthcare. He is the CEO and member of the Board of Directors of CenExel Clinical Research, the premier network of clinical research sites with expertise in Analgesia, Psychiatry, Neurology, Early Phase patient populations and Japanese bridging studies. Tom was previously the CEO of eStudySite, a leading network of clinical research sites in Infectious Disease pharmaceutical drug development.

Tom was the Chief Operating Officer of Worldwide Clinical Trials (WCT), a full service, phase I-IV global contract research organization with operations in more than 40 countries. At its founding, Tom was instrumental in identifying and evaluating acquisition targets, leading to five CRO acquisitions, followed by aggressive and successful integration in to a single platform. Subsequently, the company grew organically from 400 employees to more 1,400 employees.

From 1997 to 2007, Tom held executive management positions at two other global contract research organizations, which are now part of Syneos Health.
From 1988 to 1997 Tom was the Operations Manager at California Clinical Trials, one of the largest Phase I–III investigational sites which specialized in sophisticated clinical pharmacology studies of CNS medications. He also had management oversight of International Clinical Trials in London, England. Tom has an undergraduate degree in Exercise Physiology from BYU, a Master of Science in Kinesiology from UCLA and a Master of Business Administration (Finance) from Rutgers University. 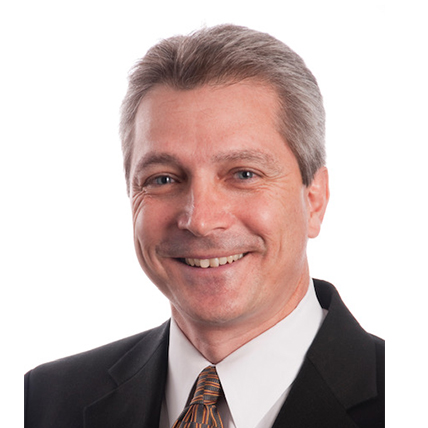 Todd Orullian serves as the Cenexel Chief Financial Officer.  He is a strong senior executive with many years of finance, accounting, and operational experience. Todd is a highly self-motivated individual with a proven track record of success and exceptional performance in corporate strategy and execution. He is a results-oriented professional with a strong work ethic.

Todd has spent the last 20+ years as a CFO primarily with companies providing services to the healthcare industry.  These companies include Nelson Laboratories, AAPC, The MGIS Companies, and Professional Staff Management, Inc.  His problem-solving abilities have helped companies overcome growth challenges, improve business operations, and enhance profitability. He has an extensive background in mergers & acquisitions and in leading all aspects of finance for many organizations.  Before joining the corporate world, Todd was an audit manager for the international public accounting firm of Ernst & Young where he worked with many pre-eminent clients of the firm. 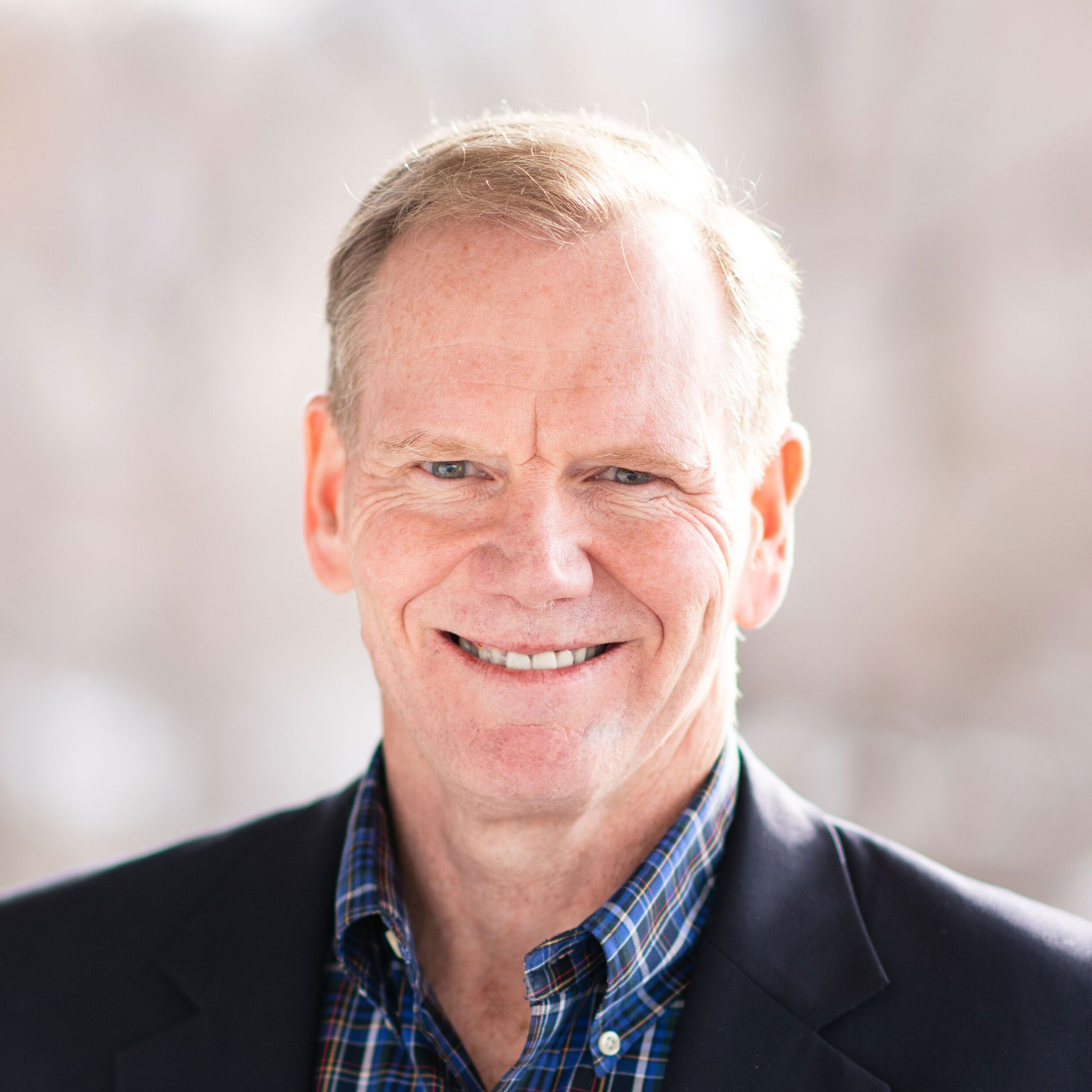 VP of Business Development and Integration

Kevin has 25+ years of experience in medical devices and healthcare services. He has successfully achieved aggressive business objectives through effective leadership, skillful product development, market analysis, and negotiation of strategic partnerships. Prior to CenExel, Kevin was the COO of Webster portfolio company HQRC Management, a pediatric dental practice in the Northeast. At HQRC, Kevin led the practice’s expansion from 6 locations to 13 locations in 18 months through both acquisitions and de novos. He has also held prior roles as the VP of Sales/Marketing at ActivStyle Minneapolis, a medical equipment company, and Optigen, a DME business focused on treatment for sleep apnea.

Kevin was founder of EyeTel Imaging, a devise enabled service company that provided screening for diabetic retinopathy in the primary care setting. He was responsible for the development and clinical testing of a semi-automated digital fundus camera, established manufacturing in China, signed a strategic alliance with a top 10 pharma company, negotiated provider agreements with 21 of the top 22 managed health plans in the US and established a telemedicine retinal reading center in collaboration with Johns Hopkins Wilmer Eye Institute.

He has also held prior executive roles in private equity backed companies in a consumer focused DME business, a home sleep testing for Sleep Apnea and, a medical equipment company, focused on treatment for sleep apnea in the military. Kevin began his career with The Upjohn Company in sales and marketing. 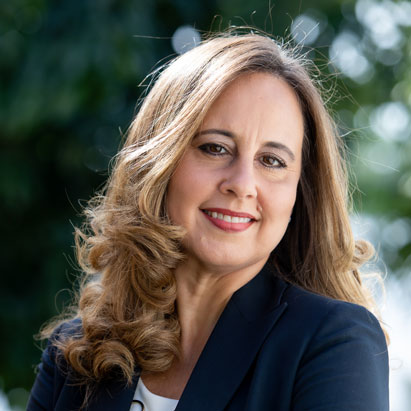 Dr. Montero has a doctorate degree in clinical psychology with concentration in neuropsychology. Prior to entering the pharmaceutical industry in 2002, she worked in a multidisciplinary clinical setting providing psychological services and conducting neuropsychological assessments to heterogeneous populations, including assisting with the diagnosis, development, and implementation of behavioral interventions for children and adults with various disorders.

Judy started in this industry working as a rater and sub-investigator for a large South Florida network of research sites. Over nearly a decade, she participated in numerous clinical trials, developed inter-rater reliability programs and supervised the rater team. This on-site experience was invaluable in her role as a Lead Clinical Scientist with Syneos Health’s Clinical Surveillance & Training group. 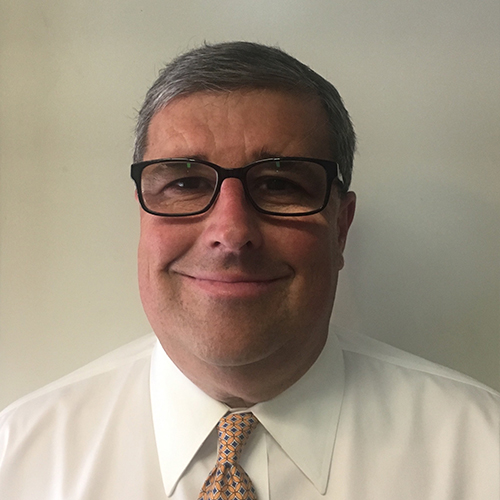 Patrick McLaughlin graduated with a degree in Business Administration from the University of Texas-Austin in 1999. Patrick’s entry into the Clinical Research space was in 1996, when he was recruited to a full-service multi-specialty dedicated research site, as President. Three years into the position at the Institute of Clinical Research (ICR), sales were up 600% and the ownership group desired to sell the company.

In May of 1999, Patrick started working at Advanced Clinical Research Institute in Anaheim, CA as its Executive Director. Exclusively conducting Phase 2-4 studies for its entire history Patrick made a decision for the company to enter the Phase I sector. Dr. Dennis Riff and Patrick McLaughlin funded the purchase of an 8,800 square foot dedicated Phase I facility in 2007, and re-branded the company to its current name of Anaheim Clinical Trials.

Patrick is now the CEO of Anaheim Clinical Trials a division of CenExel Clinical Research. 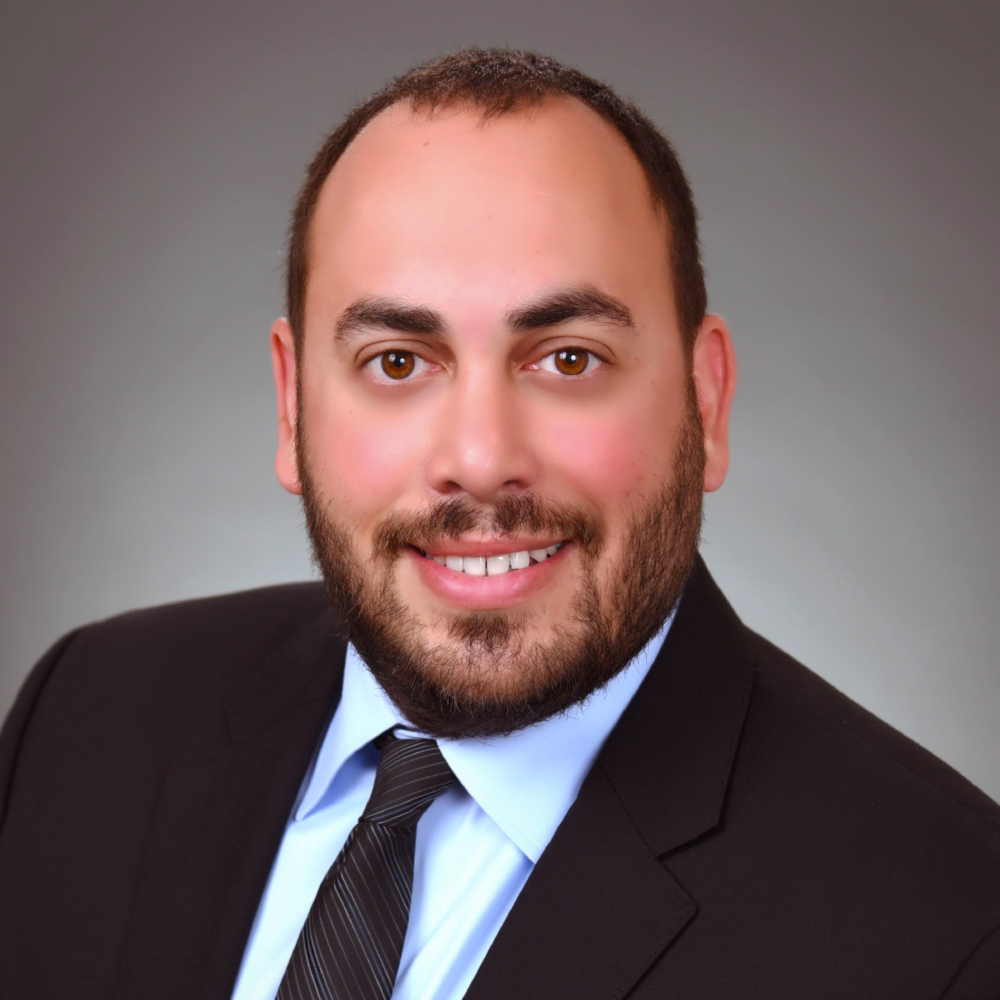 Mr. Riesenberg is the Chief Executive Officer for the Atlanta Center for Medical Research. Overseeing all employees and Investigators, he is involved in every aspect of day-to-day operations at ACMR. Mr. Riesenberg has been an advisor to the board since 2001. He became director of operations in 2008.

Mr. Riesenberg has served as a past board member to the Florida Department of Children and Family Services. Prior to joining ACMR, Mr. Riesenberg worked in the field of public accounting, where he worked with many public companies in both audits and taxes. He holds a degree in accounting from Florida Atlantic University and is a Certified Public Accountant (CPA). 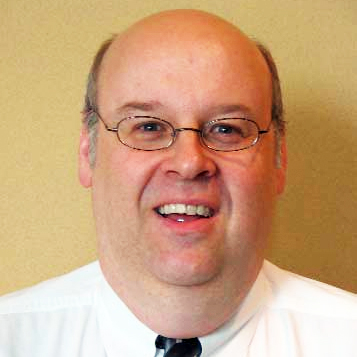 Prior to his involvement with CBH Health, Mr. Azwalinsky established and was Executive Director of Mar-Lyn residential rehabilitation program (RRP). In addition, he was President and Principal of Evergreen Mental Health Services. Mr. Azwalinsky graduated from the School of Business, University of Baltimore. 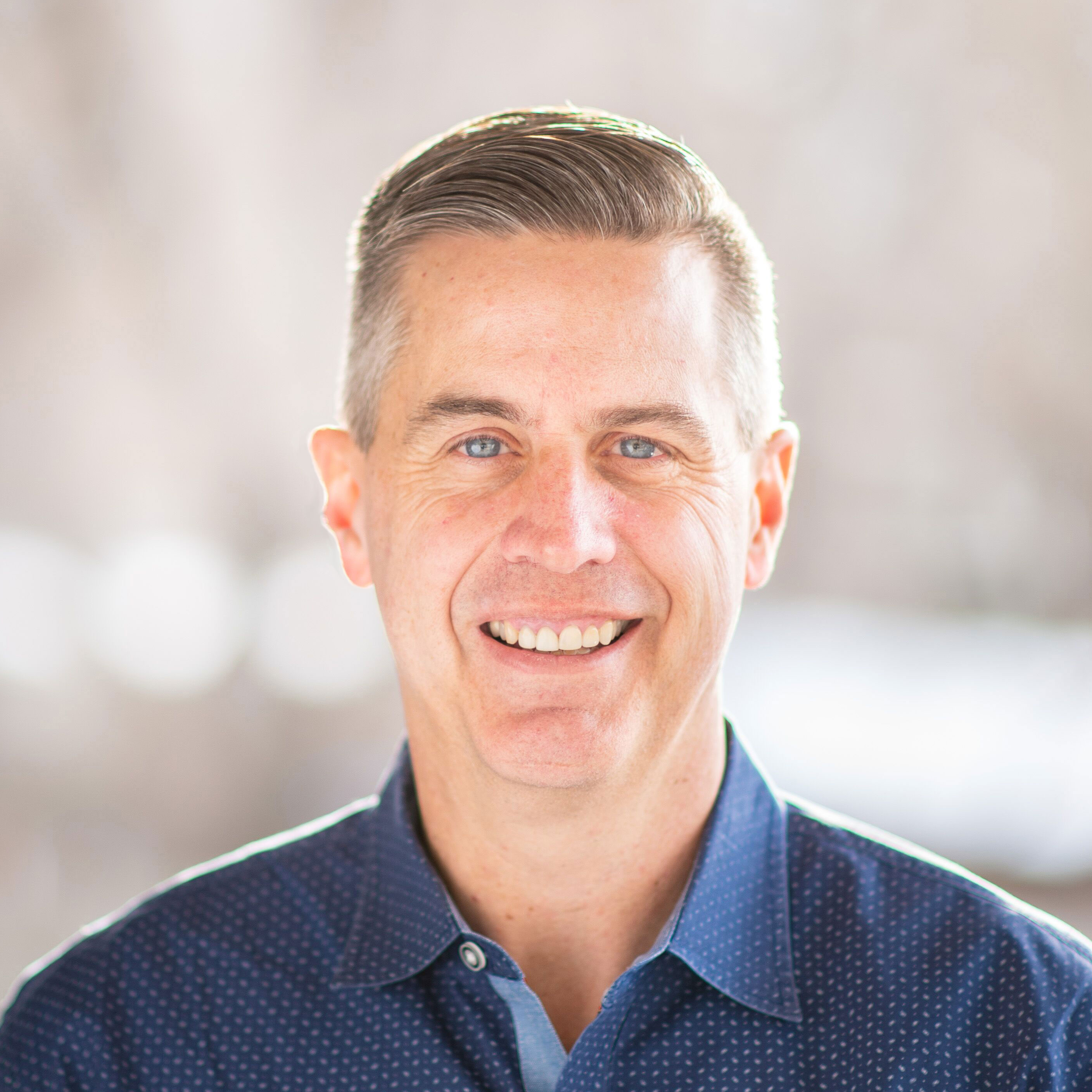 After completing his military service, Dr. Bertoch served for 11 years as the managing partner of Prescott Anesthesia in Prescott, Arizona where his practice included a focus on chronic pain management and addiction medicine. He joined JBR Clinical Research as Chief Scientific Officer in 2017. 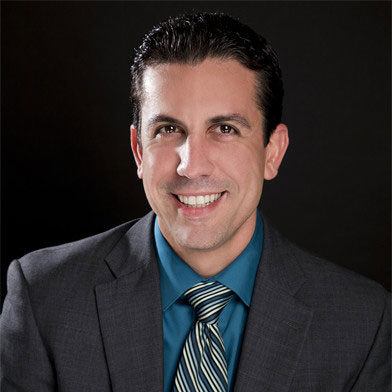 Within the research community, Dr. Peter Ventre has built a strong reputation over the years as being a diligent and insightful investigator. With experience in more than 125 clinical trials, he ensures excellent patient care and thorough involvement in the research process.

Dr. Ventre is board certified in psychiatry by the American Board of Psychiatry and Neurology. He completed his Bachelor of Science degree in Biology and Science from the University of Puerto Rico and continued his medical studies at San Juan Bautista School of Medicine in Caguas, Puerto Rico. He earned his medical degree from the Universidad Iberoamericana, Santo Domingo and completed residencies at the Mount Sinai School of Medicine and Cabrini Medical Center for Internal Medicine and Psychiatry. He then completed his psychiatry residency at the University of Florida Psychiatry Program. 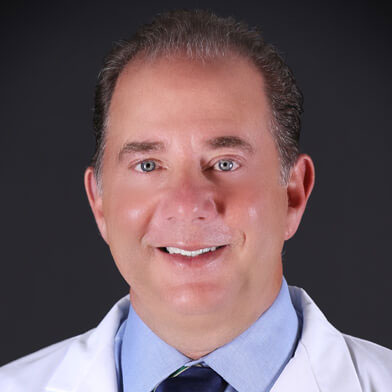 Dr. Howard Schwartz is the Chief Medical Officer for Research Centers of America and serves as Principal Investigator on vaccine and phase I trials, as well as a sub-investigator on most other trials. He has been involved with over 1,000 trials in multiple therapeutic areas and attributes his success to combining a well-trained research staff with a skilled investigator and motivated trial participant. Throughout his career, he has always led with integrity and made sure all members of the team are well trained on GCP and study-specific requirements.

Dr. Schwartz is board certified in internal medicine and gastroenterology and practiced in South Florida for over 30 years. He is now focusing on making RCA the premier research site in South Florida. He has lectured and published extensively on many of the clinical trials in which he has participated. Additionally, he served as an industry consultant and on numerous data safety management boards.

Dr. Schwartz was born in Philadelphia, but moved to Florida to attend college and never went home. He is a graduate of the University of Miami Miller School of Medicine where he also completed his internal medicine residency and Gastroenterology Fellowship. He is married with three children. He is an avid sports fan, golfer, and boater.